How to Celebrate the Chinese New Year

How to Celebrate the Chinese New Year

The Chinese New Year is vastly different from the one Westerners fete every January 1st.

First of all, the Chinese New Year is based on the original Chinese lunar calendar, so the date is different each year.

Yes, this means people celebrate for over 2 weeks. (More importantly, that means you will have up to 4 weeks off from work!) People leave town to visit their families. Shops shut down for weeks at a time. Everyone celebrates in one way or another.

How will you celebrate? Here are a few options.

Chinese New Year is the perfect time to explore the country’s traditions in a new locale. To celebrate the holiday, my friend visited Beijing for the first time, and it was her favorite tourist experience of her entire year abroad.

Being the capital city, Beijing goes all out to celebrate Chinese New Year. Beijing is known as a historic city, so it celebrates centuries-old Chinese traditions this time of year. Go to a temple fair, where you’ll not only find entertainment you might expect at a fair, such as music and performances, but also ritual prayer ceremonies held at local temples. Attend an athletic event called The Longtan Fair to see people compete in every activity imaginable, from ping pong, to wrestling, to yo-yoing. 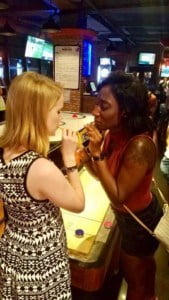 2. Party in the Touristy Area of Your City

Honestly, taking a trip during holidays can be stressful—especially since everyone in China seems to be traveling for these two weeks.

For those who want to avoid the chaos, stay in the town where you’re already placed. New Year’s Eve and day might be the best time to hit up the local party scene. Everyone will be celebrating, and this could be a great opportunity to meet fellow expats.

Like the Fourth of July in America, you can anticipate that everyone in China will shoot off fireworks at midnight, once the night rolls over to the first official day of the Chinese New Year. Join in the festivities!

Keep in mind, you don’t want to wait until the last minute to buy fireworks or firecrackers. I made that mistake when I lived in China. Around 11:30 PM I realized I had never gotten fireworks, so I frantically ran around to stores, all of which were completely sold out. I ended up just having to bum some off acquaintances.

I definitely recommend buying them at least a few days beforehand.

You’ll often hear Chinese folks refer to “red packets,” which are red envelopes filled with money that people offer as gifts on special occasions. Some people present loved ones with physical red packets. Others use WeChat, a Chinese texting and social media app, to send electronic red packets.

Typically, adults give children red packets with a little money in them. Married family members and friends also offer such gifts to single friends.

When I lived in China, I was married, so I didn’t receive a single red packet for the new year! What a rip-off.

If you have developed relationships with any neighborhood kids or single coworkers, you can give them one of these culturally-appropriate tokens as a way of participating in the Chinese holiday. 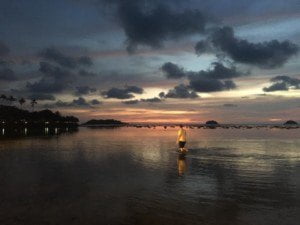 As mentioned above, China can get crazy during this holiday. Especially when traveling within the country.

If you want to explore other parts of Asia, now might be the best time to do so. You would completely skip out on the hullabaloo, which could spare you some stress. Consider going to Thailand, Japan, or the Philippines.

Whether you decide to visit Beijing or a different country, try to buy your tickets ahead of time. Fares spike during those 15 days!

About the Author: Laura Grace Tarpley

Laura Grace Tarpley is a freelance writer and English teacher in Shenzhen, China. She enjoys tinkering with crossword puzzles, reading Bill Bryson books, and taking naps on her huge couch. Follow her travels on her Instagram and Twitter. Or you can check out her blog, Let’s Go, Tarpley!
Share this page. Choose your platform.