Get the latest jobs sent to your inbox. No spam. Unsubscribe with 1 click.

"Gold Star was amazing and extremely professional. I had several responses on my resume within a few days and I landed a great position within a week of interviewing." - Brandon Montgomery 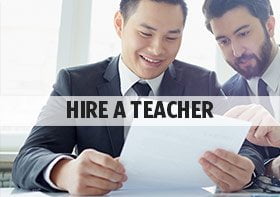